The Relationship Between Scientology and Other Religions 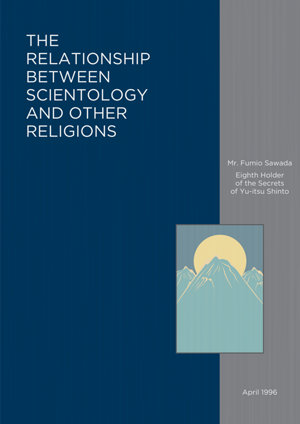 By Fumio Sawada, Eighth holder of the secrets of Yu-itsu Shinto, the oldest religion in Japan; President, Ahlut-Bait Center

In this study from 1996, Haji Muhammad al-Qaaim Safa Sawada examines Scientology theology, scriptures and ceremonies—first in their own right and then in comparison with other religious traditions, namely indigenous Japanese religions, with which the author is abundantly familiar due to association and geography. “In conclusion,” he writes, “one cannot reach any other decision than that Scientology is a religion. It has more similarities to Japanese religions than Western religions, and for this reason it may be misunderstood in the West for not being similar to the other mainstream religions. But, nevertheless, it is an international religion, very similar to religions in Japan that have adherents numbering 20 million.”

Expert Studies: Religiosity, Comparisons Between Scientology and Other Religions

Did L. Ron Hubbard make a lot of money out of Scientology?

Do Scientologists believe that L. Ron Hubbard was like Jesus Christ?

How can one improve their life just by reading a book?