You’re Not as Tolerant and Inclusive as You Think, and Here’s Why

Living in diverse Los Angeles, you would think bigotry is the last thing I’d have to worry about in my daily life, but it’s not. That’s because I’m a Scientologist, and for most of my life, the press has been engaged in smearing my religion.

Employing the same strategy the German press used to slander and degrade Jews before and during the Holocaust so there would be no social outcry, many American tabloids and talk shows seem to have made it a point to attack and belittle my Church and fellow Scientologists.

Unfortunately the concept of “reserving judgment” isn’t as prevalent as one might hope, so when a “lofty” newspaper runs a story suitable for a tabloid and full of conjecture, people are quick to accept it and slow to look at the facts.

I refuse to accept that I have brought my son into a world where the same people who care about human rights and social justice issues think it’s completely okay to treat Scientologists with no dignity or respect.

The sad part is that some of the people who are perpetrating this bigotry are otherwise incredibly accepting of people of other religions, speak out against discrimination and believe in fundamental human rights. How could the same person who has rallied in support of gay marriage and has protested the refugee ban turn around and denigrate me because of my religion? And experience has taught me that 99.99 percent of the time it has nothing to do with any sort of negative personal experience or firsthand knowledge on their part, but is the product of years of reading sensationalist tabloid headlines while waiting in line at the grocery store plus listening to slanderous talk-show jabber.

I refuse to accept that I have brought my son into a world where the same people who care about human rights and social justice issues think it’s acceptable to disrespect Scientologists.

It’s time the media showed up to the professional party and that the average Joe starts looking and thinking for himself. 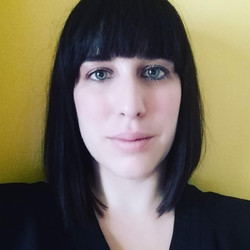