Who’s Next in the Crosshairs of Discrimination?

My name is Chris. I am a harmless blogger, music instructor, wife, mom, neighbor, and friend.

I am a law-abiding citizen. I pay my bills, I show up to work on time and I help anyone who needs it, whenever they need it.

One could say that I should not be attacked.

But I am under attack.

I am a Scientologist.

Sometimes when I go to the supermarket I see “newspapers” prostituting themselves, bashing me and my friends and family who happen to be Scientologists.

Certain “reality TV” shows which are anything but reality slander me and my friends and family regularly without qualm or conscience.

Lies are propagated and spread by a mindless, soulless media machine, and none of its members care to actually open their eyes and look at who they are endeavoring to destroy as a group and as individuals.

The stories are vicious and false. Nonetheless, they are somehow “justified.”

But I’ll let you in on a little secret: the media decides who it is OK and not OK to hate.

If you don’t go along with their narrative, you are smeared and shunned. After all, those who think and look for themselves are a threat to those who spread lies.

Where does this lead? Well, let’s take a look at history.

Not too long ago, a man started to rise to power in Germany. The German people were going through a rough patch and were not in a happy frame of mind.

He was a master at igniting rage and directing it where he wanted it. The German people were putty in his hands.

We have all seen the devastation. We have walked the museums and viewed the tiny shoes of the child victims, the glasses of the dead teachers and the headstones of murdered friends and neighbors.

Carefully he built this rage up, and with the help of a controlled and complicit media, directed it at narrow targets to destroy.

First it was the mentally ill.

Then it was the gypsies.

Then it was the Jews.

Then it was everyone else.

Germany and most of Europe was destroyed before other nations stepped in and put a stop to it.

We have all seen the devastation. We have walked the museums and viewed the tiny shoes of the child victims, the glasses of the dead teachers and the headstones of murdered friends and neighbors.

Their only crime was being a member of a group that it was “OK” to attack.

There are similarities today. History does repeat itself. If there is any mystery remaining as to how it came about, look around.

I am sure many of you are unaware of how many Scientologists are in your lives.

We are people who pay our bills on time, show up for work and help anyone who needs it anytime they need it.

We do not wear certain clothes that identify us, besides of course the yellow T-shirts that you have seen at every major disaster, signifying the indiscriminate help we bring through our Volunteer Minister Program.

We are the teachers who quietly chip away at our country’s overwhelming illiteracy problem by bringing in effective solutions through our Applied Scholastics program.

We are the ones who, every day, help those hopelessly addicted to drugs get off them and create a new life for themselves through our Narconon programs.

We are good people. We are loving and compassionate people.

We are your friends and neighbors.

Because today it is Scientologists.

Tomorrow it will be another religion or group.

And the next day it will be you.

Chris Ellis
Chris Ellis is an author, music instructor and professional blogger. Chris has written extensively as a guest blogger and has been the top blogger for lifehack.org. She lives in San Jose, California with her husband and generously proportioned Chihuahua, Little.
THE STAND BLOG
INCLUSION & RESPECT
The Man Behind the Interfaith Solidarity March: An Optimist and Friend to All Faiths
EQUALITY & HUMAN RIGHTS
Celebrating a Death Knell for Discrimination—The Anniversary of Brown v. Board of Education
MEDIA & ETHICS
Journalism and Free Speech: With Great Power Comes Great Responsibility
FEATURED ARTICLES
RELIGIOUS FREEDOM
The Founders’ Creator—Islam, the First Amendment and Religious Freedom
By Imam Talib M. Shareef
RELIGIOUS FREEDOM
Why My Religious Rights Are Being Threatened in Los Angeles County Superior Court
By Bishop L. J. Guillory
RELIGIOUS FREEDOM
Why All People of Faith Must Cherish and Protect the First Amendment
By Soraya Deen
RELATED ARTICLES 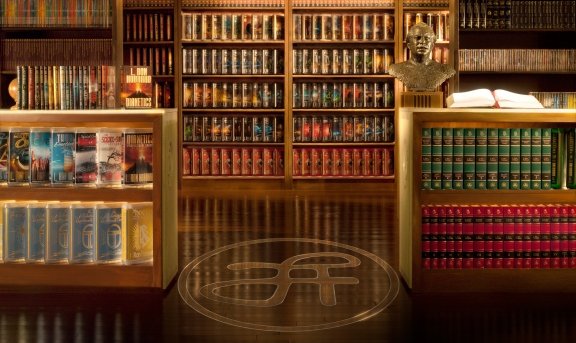