What’s the Deal With Ghosts?

When the first Ghostbusters movie came out in 1988, most of my friends were in love with it, myself included. But one friend whose opinion I respected said she flat-out hated it.

“Because, they’re trapping spirits! It made me cry.”

At the time, I thought she was being absurdly hyper-sensitive. After all, it was just a Bill Murray movie. Forty or so years later, although hers is still a minority opinion, I’m thinking my friend might have had a point.

If you ask people to describe ghosts, most today would probably use words like “scary,” “spooky” or “terrifying.”

They do, however, seem to understand the concept that a ghost was once a living person. It’s part of the lore—often that deceased person is now “haunting” some area or house because of some tragedy or unfinished business. But lost or cursed, a ghost is always considered something that needs to just GO AWAY.

Not every culture is as bloodthirsty about spirits as the American.

In the terrific M. Night Shamylan film, The Sixth Sense, Bruce Willis played a ghost, even if we didn’t find out until the end. Because he was indistinguishable from a human, he was more acceptable to viewers than the standard “scary, spooky” ghost entity. No one was out to trap Bruce’s deceased character in that film; they totally ignored him because they couldn’t see him. Everyone except the kid who “saw dead people.” (Did he also turn out to be dead? I need to watch it again…)

But everything else—American ghost story tropes from Abbott & Costello to Scooby Doo—usually have woven into them this distinct prejudice: ghosts are bad and need to be done away with.

Not every culture is as bloodthirsty about spirits as the American. In Mexico, the Day of the Dead holiday is one in which people go and spend quality time in cemeteries with departed loved ones. They don’t rush in, plasma guns blazing, to entrap and subdue the spirits there—they recognize that they are still “people.”

The individual is conceived of very differently by religious people than by “science,” which doesn’t officially acknowledge spiritual existence, possibly because scientists are so oriented toward observing and manipulating the purely physical. Anything purely non-physical can make most scientists a bit uncomfortable, even combative.

Antipathy, fear or hatred of a general class of things is usually evidence of prejudice, misinformation or at least some fixed ideas.

Lumping goblins, werewolves and ghosts together, for example, is common, but is really as non sequitur as rapists, murderers and veterinarians.

A ghost is just a being without a body—the identity of a person without all the baggage, you might say.

In Scientology, we recognize that human beings are a composite, one important part of which is the spirit. We consider the spirit to be fundamentally immortal, and think of it as the individual himself—his viewpoint and identity.

We call that identity a “thetan,” to differentiate it from other words like “soul” and “ghost,” and their associations—and to thereby avoid confusion. But essentially we are talking about a person’s core, timeless identity.

Mankind’s attitude about its own kind is sometimes not much better than its position about ghosts—get rid of them, the sooner the better.

In death, a person leaves the body behind, but that’s not the end of that individual. We share that understanding with many of the world’s religions.

But antagonism about the disembodied could slop over into a general antagonism toward the living spiritual beings that we are.

Human rights violations of every stripe aren’t restricted to any one class or nationality, any gender, color or ethnicity. It’s a planet-wide epidemic against anyone who happens to have committed the crime of being alive. The violators clearly do not like spirits, with or without bodies; they have a problem with LIFE.

Mankind’s attitude about its own kind is sometimes not much better than its position about ghosts; get rid of them—the sooner the better. This attitude is behind many of the worst catastrophes in history: the World Wars, the pogroms, the “ethnic cleansing.”

Respect for the individual is a basic tenet of many faiths and has enormous workability as far as success and happiness are concerned.

And though ghosts are treated like a special “species” of their own, actually, if they do exist, they are just individuals like you and me, but without all the “baggage.”

So should we be afraid of ghosts?

I can’t speak for all of us. But I, for one, am much more worried about what all that Halloween candy is doing to our kids on a school night…

KEYWORDS
GHOSTS HALLOWEEN SPIRITS
AUTHOR
Jim Meskimen
Jim Meskimen is an actor, director, impressionist and YouTube personality. He comes from a show-business family; his mom is actress Marion Ross, who portrayed “Mrs. C” on Happy Days. He lives in Los Angeles with his wife Tamra and daughter Taylor who are also actresses and voice artists.
THE STAND BLOG
HATE WATCH
Game Show Network: Bigotry Is No Game
HATE WATCH
Why Political Operative Ace Smith Is the True Loser in the L.A. Mayoral Race
HATE WATCH
Why the People of Los Angeles Are Disgusted by Ace Smith
FEATURED ARTICLES
RELIGIOUS FREEDOM
Why God Is Love and We Should Love All People of All Faiths
By Jim Meskimen
TOLERANCE
Faith Communities Come Together to Pay Tribute to Queen Elizabeth II
By Jim Meskimen 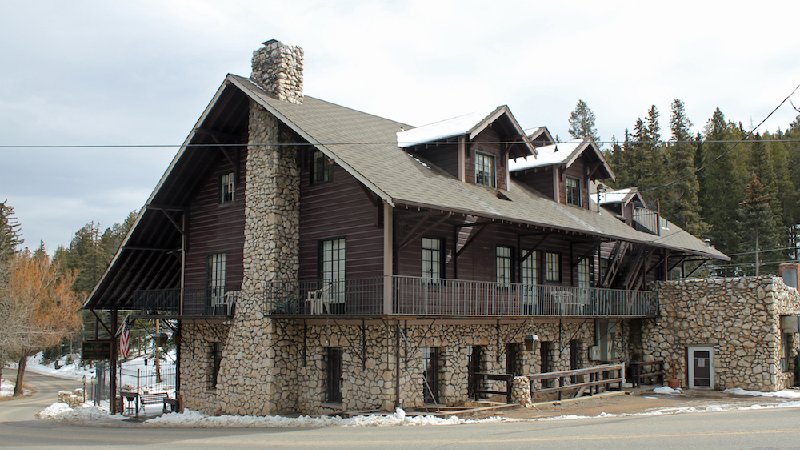 BLOG | RELIGIOUS FREEDOM
The “Haunted” Inn and a Lesson on Perspective