The Maryland Peace Cross and Establishment of Religion

A U.S. Appeals Court has recently ruled that a 40-foot high cross located at a busy intersection in Bladensburg, Maryland violates the Establishment Clause of the Constitution because it is located on public land and maintained at government expense. It was put there in the 1920s by the mothers of soldiers from the local area killed in World War I as a memorial to their sons and to send a message for peace. The cross has many defenders who have promised to appeal the decision to the Supreme Court.

The American Humanist Association, which brought the suit, claims the presence of the cross “violates [the First Amendment Prohibition against establishing a religion] by sending a clear message that Christianity is the preferred religion over all others” and furthermore “it sends an even more egregious message that only Christian soldiers are worth memorializing.”

Those who want to leave the cross where it is point out that the mothers’ stated purpose in erecting the cross was to honor the memory of their sons and forward world peace, not to make Christianity an official religion. They also express concerns that a decision banning the Maryland cross could affect similar displays throughout the country including at Arlington National Cemetery.

When it comes to this dispute over the cross and many other cases over the past few decades that try to define “establishment of religion” or the more modern phrase “excessive entanglement” between the two I go back to James Madison, the primary author of the First Amendment. Toward the end of his life he received a communication from a clergyman arguing that “the people of the United States have retained the Christian religion as the foundation of their civil, legal and political institutions.” Madison wrote back refuting that position and pointing out with many examples how separating government and religion had been good for both government and religion. However, at the close of his letter he acknowledged that “it may not be easy, in every possible case, to trace the line of separation… with such distinctness to avoid collisions and doubts on unessential points.”

Madison’s ideas of what was essential and non-essential would have been shaped by the times in which he lived. In the late 18th century, many of the colonies had official state-sponsored churches, government approval was sometimes needed for a minister to occupy his pulpit, and in a number of states non-Christians couldn’t vote or hold public office, to name just some of the serious violations of religious freedom still in existence when the United States became a nation.

Although Madison and other members of the founding generation had the wisdom and strength to give legal substance to a new standard for religious freedom they still got into many quarrels over what constituted establishing religion, which may have been what prompted Madison’s admonition many years later. To give one of many examples, Congress in the early 1800s wrangled at length as to whether the mail could or should be delivered on Sunday. The difference from our current era was they mostly stayed out of court and no binding precedents were set.

I would be the last person to tell others they shouldn’t stand up for their rights. And courts should act when those rights are threatened.

Madison also wrote in his most famous essay on religious freedom that “it is proper to take alarm at the first experiment on our liberties” and not allow conditions to worsen to the point of serious oppression which had so often been the norm. How do we determine whether a situation is an “unessential point” or an “experiment on our liberties?” No one left any exact rules and so there is a steady path of plaintiffs to the courthouse.

I would be the last person to tell others they shouldn’t stand up for their rights. And courts should act when those rights are threatened. However, a major downside to over-reliance on the legal system is that once the courts take over, local communities and individuals lose the ability to resolve matters for themselves.

The dispute over the Maryland cross is not unique. A cross near San Diego was the subject of a series of court battles that stretched out over 25 years beginning in 1989. There were many similar facts to the situation in Maryland. A cross had been erected on public land in the early part of the 20th century and a later version of the cross on the same property was dedicated as a war memorial. An atheist and war veteran challenged its presence on public land and won in the federal court system. Various attempts were made to sell the land containing the cross to a private party but were disapproved by the judges on the basis that the proposed sales showed preference to Christians wishing to preserve the cross. Finally, after numerous court proceedings and appeals, the courts approved the transfer of the land to a private party and the last legal proceedings ended in 2016.

I have no rote solution to offer and I’m not naïve enough to think that lawsuits over issues like the Maryland cross are going to stop anytime soon. I’m simply suggesting that to the degree that we are a bit less dogmatic about what constitutes “establishment of religion,” are willing to listen to and respect opposing views, acknowledge that many establishment issues do not have exact or objective answers, and work out intelligent compromises we could produce better results which produce more freedom for more people than an ever-growing stack of precedent-setting judicial opinions that sometimes confuse even legal scholars.

We could be more flexible and possibly work out solutions that leave both sides at least somewhat happy instead of one side disgruntled, the other elated and both sides hostile toward each other. And, if we wake up the next morning and decide we didn’t like what we just did, we could change it without needing the approval of the Supreme Court. It’s at least something to consider. 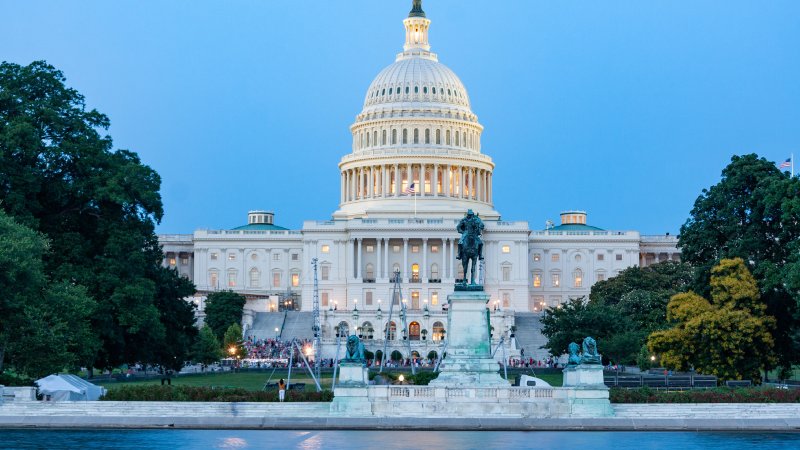