The Man Behind the Interfaith Solidarity March: An Optimist and Friend to all Faiths

Dr. Arik Greenberg is an optimist.

He believes that communication is the universal solvent.

He believes that interfaith dialogue and collaboration are pathways to world peace. He believes, through mutual understanding—and a willingness to communicate about the tough issues as friends who can agree to disagree when needed—hatred can dissolve and violence and dismay can decrease a thousandfold.

If we can just keep talking.

An ardent advocate of religious tolerance and interfaith dialogue since his college days, Dr. Greenberg founded and heads the Institute for Religious Tolerance, Peace and Justice (IRTPJ).

The IRTPJ sponsors this Sunday’s 7th Annual Interfaith Solidarity March in Los Angeles in coordination with some two dozen similar marches around the world on the same day—from Denver to Philadelphia and India to Uganda—all marching for “Freedom, Diversity and Respect: Learning to Live Together,” and under the banner of Interfaith March for Peace and Justice (IMPJ).

Dr. Greenberg, himself the product of an interfaith nuclear family, was raised with an open-mindedness about other religions. “I discovered that all religions have value to them,” he says. “If we can get people of different faiths, traditions and philosophies to simply say, ‘I care about you—you have my best interests at heart and I have yours,’ people who would otherwise look at one another as ‘The Other’ can sit at the same table and talk about the really hard issues without hitting one another over the head.”

“The lions didn’t care what sect of early Christianity you came from, nor did the flames of the stakes. There are common dangers and we need to pull together.”

The underlying problem, as Dr. Greenberg sees it, is lack of true engagement. “The interfaith movement is at a crossroads and it is time to go beyond just breaking bread and sharing hugs. Kumbaya is fine, but now is the time to take the next step.”

That next step, he believes, will be accomplished with the hybrid online and live multifaith roundtable the IRTPJ will sponsor in the fall. “We’re going to sit down and talk about what you do when one person’s religion is saying their religion is the ‘only way’ to a person from another religion who says ‘you’re going to the devil for your beliefs.’ How do we work toward common solutions? These are basic issues we’ve been afraid to face. Commonalities are great, but how do I continue to respect you and also disagree with you?”

That respect, no matter what, should continue to spring from the unhappy fact that we share common antagonists of bigotry, hate, exclusion and the rest of the contract that one signs up for when one decides to have faith. As Dr. Greenberg says, “The lions didn’t care what sect of early Christianity you came from, nor did the flames of the stakes. There are common dangers and we need to pull together for our own survival.”

The Interfaith Solidarity March is now in its seventh consecutive year. Originating from a Columbus, Ohio-based group in 2016, the leadership torch was passed to Dr. Greenberg’s L.A.-based group in 2019. Such a happening—two dozen events for peace and harmony involving thousands of people and held at the same time all over the world—would appear to be an occasion for coverage by every major media outlet on earth, yet curiously it hasn’t been.

“The only media coverage we’ve had has been the niche market,” Dr. Greenberg says, “which we definitely appreciate. As to the major media—CBS, NBC, CNN and the rest—with them, the rule is ‘if it bleeds it leads.’ They’re more focused on identifying and pinpointing and contributing to division. They contribute to it and fuel it because it puts readership in their hands and money in their pockets.”

“Why couldn’t someone cover a totally peaceful demonstration? THAT’S newsworthy.”

Dr. Greenberg recalled a solidarity event he attended in 2015 following the San Bernadino shootings by an extremist Muslim couple and the ensuing anti-Muslim backlash. “We had a big rally at City Hall in L.A. A lot of public servants were there, the mayor, and at least 1,000 people all affirming that we must support the Muslim community while standing up against hatred. A reporter from a national news magazine was set up with a camera, filming right in front of me a couple of feet away. I saw him call someone on his cell, ‘Yeah, I’m gonna pack up and go home. There’s nothing going on here. It’s totally peaceful.’ And he packed up and left. And this was a national news magazine! Why couldn’t someone cover a totally peaceful demonstration? THAT’S newsworthy.”

As Dr. Greenberg has discovered, there are three kinds of people: there are those—such as himself and the groups and individuals who march with him—who are bringing people together; there are those—such as the media—who are driving people apart; and then there are those good people who simply don’t believe that people or religions united together can produce true social change. He calls this third group “disappointed optimists, pockets of pessimism.” These are people who have willingly marched in front of the White House for the rights of minorities, Blacks, women and others, who yet regard a multifaith humanitarian objective as just a distant dream.

It is these “pockets of pessimism” that Greenberg wants to rally to his cause.

“I wish to convey to these people that these international marches are not just ‘feel good’ events,” he asserts, “that this does matter, that this does have the ability to bring peace to areas of the world and dissolve bigotry by extending understanding. I want to convey to them the impact that these marches have had on some of the most poverty-stricken areas of the world. If I could show some of our American colleagues videos of what is being done by our partners who are part of our coalition in Uganda—Uganda is one of the most economically challenged countries in the world, and yet hundreds of marchers come out every year. Sylvia Acan runs the march in Uganda. She is an amazingly sweet, kind, wonderful human being and she is my friend. If they could talk to her they would see how important marches like these are.

“I wish they could meet Geoffrey Manasseh in Malawi. He’s one of my partners and I’d like everyone in America to know him. He is my friend. And Issah Toha Shamsoo who runs the march in Ghana. He is the head of African Students for Interfaith Tolerance and he is my friend. And I wish they could meet Mohamad Jamous, a beautiful, brilliant young man who lives in Jericho and does a march every year in Bethlehem. He’s an amazing human being and I’m proud to say that he too is my friend.”

This Interfaith March for Peace and Justice coalition is the largest coalition of interfaith marches in the world. Dr. Greenberg’s Institute for Religious Tolerance, Peace and Justice serves as the coalition’s lead and has a goal of adding another dozen cities to the array of those hosting such marches within the next year.

“Ultimately I’d like a march in every city,” he declares.

“Is this probable? No. Is it possible? Yes!” he says with a grin. “And I’m going to vow to do the impossible. We’re going to work in that direction.”

All in a day’s work for an optimist.

STAND Staff
THE STAND BLOG
HATE WATCH
Why Political Operative Ace Smith Is the True Loser in the L.A. Mayoral Race
HATE WATCH
Why the People of Los Angeles Are Disgusted by Ace Smith
HATE WATCH
Rick Caruso Campaign Manager Ace Smith Blocks Scientologists Speaking Out Against His Bigotry
FEATURED ARTICLES
RELIGIOUS FREEDOM
Why God Is Love and We Should Love All People of All Faiths
By Daniel Bradley
RELIGIOUS FREEDOM
London Summit Calls For Joint Action to Restore Religious Freedom
By Qamar Rafiq
RELIGIOUS FREEDOM
The Founders’ Creator—Islam, the First Amendment and Religious Freedom
By Imam Talib M. Shareef
RELATED ARTICLES
BLOG | COMBATING BIGOTRY & HATE
Where Do You Stand on Taking a Stand? 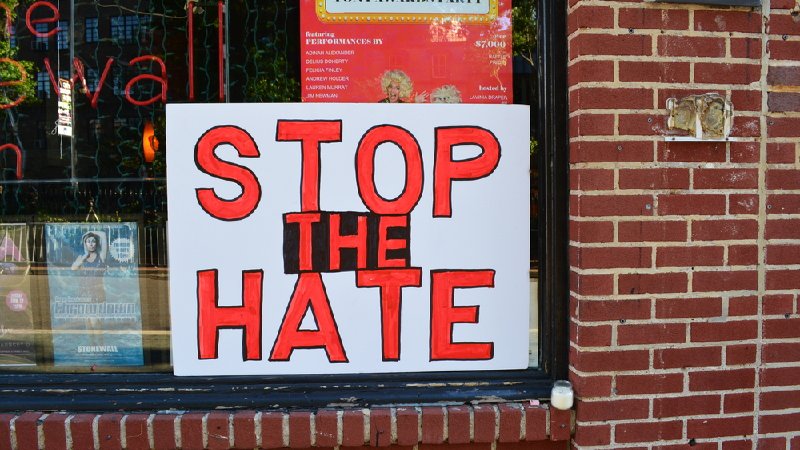