The Danger of Hate Speech on Social Media

No bones about it: Social media fosters hate speech and hate speech is contagious. The more ranting, no-holds-barred foaming at the mouth you encounter and consume, the more likely you are to become upset or engage in hate speech yourself.

We are increasingly encouraged to respond to issues in an emotionally charged way under the banner of “freedom of speech” in the public arena. Individuals brought into the public eye and on to pages like Instagram, Yahoo, Twitter, and YouTube (to name a few) are often attacked for their actions, beliefs, opinions and religions by commenters who are “triggered” by the inflammatory rhetoric prevalent in today’s media. And the more consumed by negative emotions the commenter becomes, the more violent or damaging his words.

As an example, I recently read comments on the social media page of an artist who is outspoken about her views, which some find controversial. The comments were filled with hatred and suggestions that she kill herself. Several of these people, finding that she was a Scientologist, suggested that she be attacked along that line to “shut her up.” These people were not regular followers of the artist. They sought her out after a public event like a swarm of enraged killer bees and attacked and attacked and attacked.

I also read posts from the celebrity daughter of an actress who was caught up in the recent college entrance scandal. Though she was not charged with a crime herself—and her mother had not yet been convicted in a court of law—the public, enraged and triggered by the sensationalist media, descended on the daughter’s social media pages and hounded her with assertions of her worthlessness and worse, until she disabled her commenting, and then they excoriated her for that. If words could kill, she and her mother would be dead, having been tried, convicted and executed in the kangaroo court of social media.

On another social media platform, there was a video purporting to give “the facts” on Jehovah’s Witnesses in five minutes or less from a negative, slanted viewpoint. Many of the comments below the video devolved into ridicule, making followers of the religion into caricatures and associating the majority of the religion with very few of its members.

Then there are the anti-Semitic and anti-Muslim comments following stories on social media. Peppered in are suggestions that Jews and Muslims should be deprived of their human rights and killed. Nazi much?

Innumerable and continuous examples of such attacks are carried out by the nameless inflamed mob, aimed at religious, ethnic, racial and political situations and figures. Look at the comments section on almost any article on a “news” homepage and you’ll find that the sub-comments often devolve into hate speech against the prior commenter (never mind the subject). There is a curious phenomenon of omni-directional “foaming at the mouth” going on.

It does not matter whether the individuals reported on and subsequently attacked are right or wrong, innocent or guilty. When the running-dog media has done its job of painting them in the worst possible, most sensational light, then an enraged public will have nothing less than their complete destruction—all out of keeping with the real or imagined nature of their sins, or the actual situation.

This phenomenon of hate speech in social media is an insanity gaining critical mass much like the hundredth monkey effect as it spreads through and damages our culture. People with less free will and reasoning ability are more likely to respond with hate speech, especially to targets which the media has made “acceptable” to attack. This includes celebrities, political figures, religious groups and minorities.

Scientology Founder L. Ron Hubbard wrote that “Man is basically good.” He also noted that an individual could be brought downward in ability and emotional tone by coming in contact with too much turbulence in his environment. In the book Science of Survival, he wrote:

But just know that hate speech is not rational; its effect is cumulative and it undermines other freedoms as it spreads.

This would explain the contagious nature of inflamed hate speech and why so many virulently attack the ideas and beliefs of others, even in a culture where individual freedoms, tolerance and diversity are supposedly protected and supported. More and more individuals are becoming overwhelmed by the increasing amount of unreason and hatred they encounter in their environment. Commenters don’t know really what they’re fighting anymore once it gets past the I-don’t-agree-with-you stage and becomes: “I don’t agree with you you-moron.” They are too emotionally charged up to be rational.

Many proponents of free speech will say that hate speech should be protected or we risk losing other freedoms of expression under the hand of a tyranny that gets to decide what is hate speech and what is not. I am not arguing against that point. One can agree or disagree, approve or disapprove, passionately about something and still be rational, polite and right. And that’s the way it should be.

How to express oneself is a personal choice. But just know that hate speech is not rational; its effect is cumulative and it undermines other freedoms as it spreads. Its irrationality is a weapon that can be used against us as individuals or as a nation, as we are driven further and further into a prison of the intolerance that ensues. 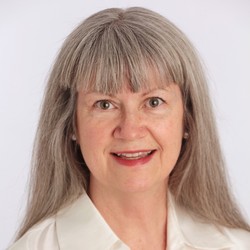 Eva Mahoney
A poet-dreamer with the soul of an artist but the heart of an Amazon... so don’t mess with her or her peeps.
THE STAND BLOG
RELIGIOUS FREEDOM
Honoring Those Who Faced Death to Secure Our Religious Freedom, This UN Day Against Torture
COMBATING BIGOTRY & HATE
Shoulder to Shoulder Panel Shows Us Why People of All Faiths Must Confront Islamophobia
SCIENTOLOGY RELIGION
Scientology Made Me a Better Dad—But You Wouldn’t Know It If You Believed the Bigots
FEATURED ARTICLES
RELIGIOUS FREEDOM
The Founders’ Creator—Islam, the First Amendment and Religious Freedom
By Imam Talib M. Shareef
RELIGIOUS FREEDOM
Why My Religious Rights Are Being Threatened in Los Angeles County Superior Court
By Bishop L. J. Guillory
RELIGIOUS FREEDOM
Why All People of Faith Must Cherish and Protect the First Amendment
By Soraya Deen
RELATED ARTICLES
BLOG | COMBATING BIGOTRY & HATE
Artificial Intelligence + Hate Speech = Murky Waters
BLOG | COMBATING BIGOTRY & HATE
No, Laura Loomer: Jews Aren’t Bigots
BLOG | TOLERANCE
What Does it Take to Maintain Freedom of Religion Against Hatred and Intolerance?