One Night on Council Beach

Author’s Note: If you have not read Jonathan Livingston Seagull, do so. You will be a better person for it. But, more importantly, you’ll understand this story, which I became inspired to write after reading Jonathan, again, for maybe the 20th time. Truth be told, I’ve always suspected that Jonathan inspired me to find Scientology—it was less than a month after reading it for the first time that I discovered the religion. And now, 45 years later, I am returning the favor with a story of my own.

Krak, the eldest gull of the flock, rose haltingly, almost losing his balance before slowly spreading his wings. His presence cast a darkness over the assembled council. The younger gulls began to chatter and squawk; none could remember when the last war council had been called.

“Shut up,” Krak commanded, but his voice was no more than a whisper. He cleared his throat. “Shut up!” he bellowed, flapping his wings as if to beat down the chatter. Under his glare, Council Beach fell silent. He tapped his beak twice on a rock. The council secretary, an old gull whose left wing hung limp and whose right eye was sealed shut by a scar, arose and spoke.

“This war council of gulls is called to restore order and bring tranquility to the flock.” The old bird’s voice was not what it used to be, and few could hear his words. “Louder” cried a voice from the back.

Krak shoved the secretary to the sand. “We’re here because of Jonathan Livingston Seagull and we know what has to be done!” Krak’s voice now boomed to the far cliffs, then echoed back as if the stone itself agreed with him. The flock erupted, flapping and squawking, with some gulls rising briefly in the air before settling back down on the sand.

The council secretary staggered to his feet. “The charges…” His voice trailed off. Krak scowled and turned away.

“We are united by so much more than could ever divide us.”

The secretary spoke. “Jonathan Livingston Seagull, last known address the outcast cliffs, has violated the law and order of the flock by returning from whence he was lawfully banished, to seduce and corrupt our young gulls to his flying religion, and to turn them away from their parents and rightful guardians.”

The flock hissed and booed. The secretary waited for quiet to return.

“They have refused to recognize the sanctity of Fishing Boat, may the Great Gull bless its bounty.” The assembled gulls all murmured their assent. His voice rose. “It is said that they scrounge their food from secret sources inland, while this devil who claims to be a son of the Great Gull keeps the lion’s share for himself, starving our children while brainwashing them so that they’ll enrich him with their labor and satisfy his every whim and desire.”

The squawks took on a harsher sound, like a dull knife cutting through paper.

Krak, sensing that the moment was right, jumped up and stood in front of the flock, flapping his wings in short, staccato bursts. “There is only one penalty for such treason. Jonathan Livingston Seagull must… DIE.”

Hysterical cheers swept through the flock like gusts of wind across a wheat field. Krak stood silent, smiling, soaking in the sounds as if each was a cry of adoration for him personally. In the frenzy, three innocent gulls were pecked to death.

Then, a cheer turned to a gasp, then more gasps turned to frightened squawks. “He’s here!” one gull shouted. All over the beach, birds ran and hopped in every direction until Krak stood alone. He looked up. Above him in the sky flew a lustrous bird, a bird who emanated light as much as reflected it. The bird hovered still in the erratic crosswinds as if he were a visitor from another dimension. Slowly, perfectly, he settled to the sand, a wing’s distance from Krak.

“You do not need to do this,” Jonathan said.

“They say you are the son of the Great Gull,” challenged Krak.

“Such is not your gift to give,” said Krak. He shuffled his feet and looked over Jonathan’s shoulder. Suddenly, he burst into flight, twisting quickly to tear at Jonathan’s throat, but his beak slashed only the afternoon air.

“You don’t need to do that, either.” Jonathan was standing, relaxed, two wing-lengths away.

Krak lunged but stumbled and fell to the sand. Three of his “Youth Flock” gulls rushed forward to attack but were halted by a flutter of Jonathan’s wingtip.

“We are united by so much more than could ever divide us,” Jonathan said. “We’ve all spent hours on this same beach, wondering how fast we could dive, how high we could soar, and how gracefully we could fly. Remember?” Krak shuddered. “We’ve all played tag here, lost our chick-feathers, and found out who we really were.” Jonathan turned to the three birds behind him. “Remember?” They shuffled about, avoiding Jonathan’s eyes.

“Then something made us forget.”

The wind died down. No one moved. Even the waves seemed silent.

“You don’t need to forget. You’re alive, and that means you’re free to fly.”

Krak looked up. Ever so slightly his shoulders softened and his wings relaxed.

“Flying is what we were meant to do. It’s what sets us free.” Jonathan reached out and touched the feather at the tip of Krak’s wing. “Just be you.”

A spasm rippled across Krak’s face.

“They need you. They need you to teach them,” Jonathan said, gesturing to the flock. “But first, let me teach you.” Krak looked up. He stood slowly, breathed deeply, and nodded.

And with that, the two birds spread their wings and rose together into the sky.

“Let’s start with the basics of flight.” 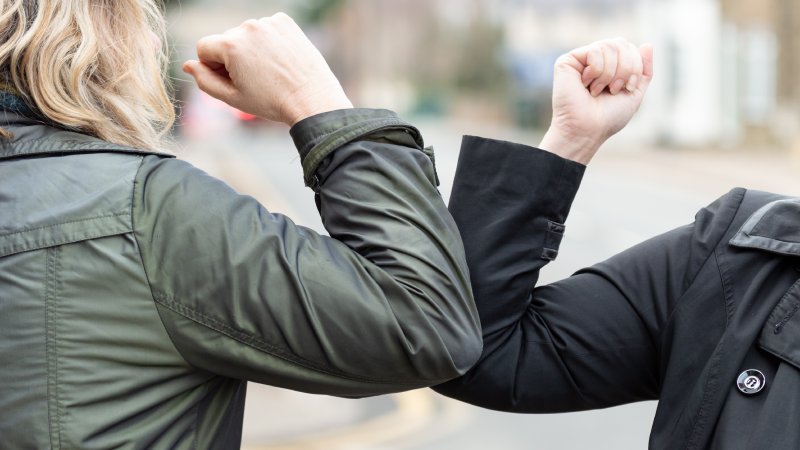