When I was a kid in the ‘70s, I went to Sunday school at my synagogue. We did arts, crafts, sang songs and learned about Judaism.

But the lessons weren’t always fun and games. We studied Jewish history, which was fraught with persecution. It often left me wondering how there could be so much cruelty against a peaceful group.

I remember one day in particular, when we were shown a documentary about the Holocaust. The photos of Jews in concentration camps were quite graphic. There was no concern that it was being shown to a room full of 8-year-olds. We were told we needed to know what happened so that it would never happen again. The mantra was: “never again.”

How could they turn a blind eye? What happened to “never again?”

Fast forward to the early 1990s. I had become a Scientologist and I became aware of persecution against my religion in Germany. The government had started a hate campaign against us that was shockingly similar to the one against the Jews in the 1930s, using many of the same bullying tactics and propaganda machines. You see, the first steps toward the Holocaust involved no physical violence. It began with a systematic dehumanizing process, aimed at making Jews so unpopular that no one would rise to their defense. Now, it was as if the Nazi Party’s Der Sturmer newspaper was at it all over again, fueling and fostering an atmosphere of prejudice.

My church was quick to document the campaign and began speaking out about it, loudly, and naming names. All over the world, Scientologists were writing letters to top skinhead politician Norbert Blum and Federal Chancellor Helmut Kohl, demanding they take effective action.

And then an interesting thing happened. I asked my non-Scientologist family (my parents and brother) to help by writing letters. Their response? No interest whatsoever. I showed them that German Scientologists were being fired from their jobs, their children were being kicked out of schools and the newspaper cartoons showed them as demons, just like the depiction of Jews in the German newspapers of 1937. My pleas for help were met with apathy: “There’s nothing you can do.” My own grandmother even bought the lies, which the American media were happy to pass on, and was angry with me for being a Scientologist.

How could they turn a blind eye? What happened to “never again?”

Certainly, the first step toward preventing something from happening again is knowing it happened in the first place. But this experience taught me that knowing about it isn’t enough. A person has to have the guts to do something about it—to participate rather than spectate. “Never again” should mean “never again for anyone.”

We all need to stand up for religious freedom for everyone and we need to do it now. 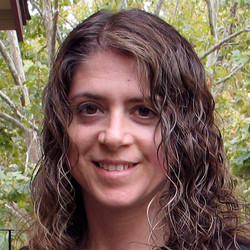 Melissa Butz
Scientologist, bookkeeper, lover of family, friends and the outdoors
THE STAND BLOG
HATE WATCH
Why Political Operative Ace Smith Is the True Loser in the L.A. Mayoral Race
HATE WATCH
Why the People of Los Angeles Are Disgusted by Ace Smith
HATE WATCH
Rick Caruso Campaign Manager Ace Smith Blocks Scientologists Speaking Out Against His Bigotry
FEATURED ARTICLES
RELIGIOUS FREEDOM
Why God Is Love and We Should Love All People of All Faiths
By Daniel Bradley
RELIGIOUS FREEDOM
London Summit Calls For Joint Action to Restore Religious Freedom
By Qamar Rafiq
RELIGIOUS FREEDOM
The Founders’ Creator—Islam, the First Amendment and Religious Freedom
By Imam Talib M. Shareef
RELATED ARTICLES
BLOG | COMBATING BIGOTRY & HATE
Where Propaganda Leads: Holocaust Remembrance Day 2019
BLOG | TOLERANCE
How Young Is Too Young to Learn About Bigotry?
BLOG | COMBATING BIGOTRY & HATE
In Spite of Everything