My Ph.D. in Hate: A Scientologist STANDs Against Bigotry

I know a lot about hate.

Unfortunately, I’ve had way too much experience with intolerance and bigotry. I’m an expert in it.

You’d think that perhaps I grew up in the Jim Crow South or some war-torn nation in the Middle East. Nope, I was born in the heart of Hollywood, surrounded by a spectacularly diverse culture: Blacks, Mexicans, Asians and everything in between. But hate was still there. I saw bigotry and prejudice from every angle. I became a keen observer of it. The Blacks didn’t like the Mexicans. The Mexicans didn’t like the Asians, and on it went along the cultural food chain. Nothing new there. This has gone on since time immemorial. But I had it especially bad because everyone hated my mom.

Why? Was she evil? Bad? Some repulsive creature worthy of ridicule and bigotry? Nope. Not even close.

My mom was a lesbian. Well, she still is of course. But it was a different world back then.

You may find it hard to believe that a diverse and “enlightened” city like Los Angeles would have had bigotry and intolerance, but it was there. And man oh man, it was thick. All my friends knew my mom was gay, and they were okay with it (in fact they didn’t care at all), but that didn’t change the fact that their parents didn’t let them spend the night at my house because my mom had a girlfriend and they slept in the same room. And let me highlight: this was only blocks from West Hollywood, the epicenter of the gay and lesbian community in Southern California. This was not the Bible Belt or China.

My mom was a lesbian. Well, she still is of course. But it was a different world back then.

I can’t even count how many times I would go out to dinner with my mom and her girlfriend and get heckled on the street because they were holding hands. Countless lewd comments thrown my way by total strangers. This was something no one should ever have to endure, let alone a young mom and her son.

So I know a thing or two about hate.

Now, here we are many, many years later living in a culture in which no one would dare criticize my mom. In fact all the people I meet now think she’s cool because she’s a lesbian. We’ve had a Black president. We have leaders in business and entertainment who are openly gay, women making great advancements towards equality. Any utterance of hate, intolerance or bigotry toward any of these minorities or groups would now be the source of instant public ridicule or dismissal from one’s job. It would make national news.

But we are in a crucial moment in history. You may think it’s all changed because certain groups once the target of blind hate and bigotry are now protected, but you’d be wrong. Hate is very much there. I mean real hate, soapbox-on-the-corner screaming hate, it’s just found new targets.

For the last 36 years, I have studied and practiced Scientology—a body of knowledge that I have pride in and appreciation for. But I’m not writing this to proselytize or promote my religion. I’m here to say that my religion is being attacked cruelly and ruthlessly by the very people that daily decry intolerance and bigotry. The hypocrisy of it makes my head spin.

Now here’s the thing, and I ask you to pay close attention to this: you can put your finger down on any point on the timeline of history and find instances of injustice, hatred, bigotry and intolerance there, and in every one of those times you will have widespread justifications and reasons why such cruelty and hatred should exist. But that’s the thing: there’s always “reasons” for hate and then 10, 25, 50 years later, the haters realize their mistakes and backpedal.

This is happening right now with Scientology—ridiculously false “reasons” why my religion should be attacked, none of which ever have basis, but the hatred spreads and lingers on. This is what history is made of. This is the subject of every great sociological study. Huge numbers of people decide they hate some smaller group for some absolutely confirmed reason. Flip countless pages later in the history books and those same people are now denying their acts of cruelty or hiding away from the world. I have no doubt in my mind that this will happen with Scientologists and Scientology. I know there will be a time when society looks back and says, “Oh, remember when they used to attack the Scientologists? What were they thinking?”

I saw the culture go from deriding and mocking my mother and her lifestyle to begrudging acceptance of it, to open arms of love, colorful logos and parades, even as it began the cycle anew with hate toward Scientology. And here’s the thing: there is no difference.

You probably don’t believe me, but remember, I have a PhD in hate. I saw it every day of my life. I saw the culture go from deriding and mocking my mother and her lifestyle to begrudging acceptance of it, to open arms of love, colorful logos and parades, even as it began the cycle anew with hate toward Scientology. And here’s the thing: there is no difference. We all know how the Nazis convinced an entire generation that Jews were evil. All of their “experts” and great “opinion leaders” brayed and turned an entire body of people against a religion. Take a popular newspaper out of Berlin circa 1939 and read it aloud now and see how it holds up. It would almost be laughable in its blatant, one-sided bigotry, if you didn’t know the atrocities behind it. Yet, I have to defend myself as a Scientologist against similarly specious accusations, “documentaries” and “news stories” almost daily.

I have personally observed Scientology helping people for decades, and every now and again someone will come along with claims of some outrageous story, or some awful “incident,” and I’ve made the mistake of trying to chase it down only to find nothing there. But, actually, there was something there: the rumors or “reasons to hate” were always started and forwarded by individuals with hate and intolerance in their heart. Every single time. Every single time I have had to “defend” my religion, it was never against an actual occurrence or truth but rather against individuals with hatred in their hearts.

Think about it. Look over what you’ve heard about Scientology. The vague fear-mongering. Then do a little research into the early words of Hitler and German press against the Jews before that nation had completely lost its mind and started killing. Study its cycle. It starts with wild accusations that play on cultural buttons and fear. Press doing daily stories with “horrid news” about Jews. Opinion leaders make documentaries and films. Important people make jokes. Make it cool to hate. Make hate the right thing to feel. Then, you can really do some evil stuff. Well, here we are. Right at the first stages of the hate cycle. I’m sorry to point out, you might be contributing to it. Don’t shoot the messenger.

Perhaps a more philosophical study could be made on what happens to individuals when the social pressure is such that they can no longer hate blacks, Jews, gays, women, etc… Where do they go? Do they evolve? Do they undergo a moral and spiritual sea change and realize that all forms of hate and bigotry stem from a dark place? Lord, do I wish that were the case, but what I’ve realized is this: they just find the new guy on the block and aim their hate and intolerance at him.

I regularly read or hear hateful statements about Scientology filled with vague facts and “everyone knows” opinions. Jokes. Snide comments. Blah, blah, blah. I’ve heard it all before about my mom when I was a boy. It’s the exact same B.S., different target.

The history books keep trying to teach us this one lesson: There is no reason to hate. But that may be hard to see, because we are in the middle of history right now. I regularly read or hear hateful statements about Scientology filled with vague facts and “everyone knows” opinions. Jokes. Snide comments. Blah, blah, blah. I’ve heard it all before about my mom when I was a boy. It’s the exact same B.S., different target.

So here we sit, on a dog-eared page of a history book, in the middle of a campaign against my religion that has done nothing wrong except committed the crime of being the new guy on the block.

But why listen to me? What do I know about hate and intolerance? Unfortunately, way too much. 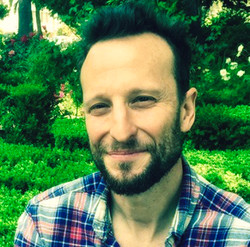 Bodhi Pine Elfman
Bodhi Pine Elfman is an actor and the son of filmmaker Richard Elfman and artist Rhonda Joy Saboff. He has been in over 100 films and television shows and is recently known for his role as Mr. Scratch on the long-running CBS show Criminal Minds.
THE STAND BLOG
INCLUSION & RESPECT
MLK Championed Religious Respect, Too
RELIGIOUS FREEDOM
We All Deserve to Live in a World of Religious Diversity & Freedom
RELIGIOUS FREEDOM
What We Celebrate Each January 16 for Religious Freedom Day
FEATURED ARTICLES
RELIGIOUS FREEDOM
Church of Scientology Contributes to Major Study on Priest-Penitent Privilege
By Eric Lieberman
RELIGIOUS FREEDOM
Religious Arbitration—What It Means and Why It Matters
By Bishop L. J. Guillory
RELIGIOUS FREEDOM
Overlooked—International Religious Freedom Issues That Should Worry Us All
By Scott Morgan
RELATED ARTICLES
BLOG | COMBATING BIGOTRY & HATE
I Will Not Tolerate Hatred
BLOG | COMBATING BIGOTRY & HATE
Where the Hate Is Coming From