Columbus said it himself. He accurately and succinctly verbalized the plan and intention with the inhabitants of the New World in his log. On observing their peaceful ways and the hospitality accorded by the natives to his men, he wrote, “They would make fine servants… With fifty men we could subjugate them all and make them do whatever we want.”

Shortly thereafter the Spanish conquistadors arrived with precisely that intention. Mingling their blood and DNA with the indigenous people of the Americas over the decades, the invaders and those who followed their footsteps had their way with the inhabitants of the New World, natives whose various and colorful civilizations had preceded the Spanish and the Europeans that followed in their wake by centuries.

Rosa Isela Cervantes, director of the University of New Mexico’s El Centro de la Raza program for Hispanic students, observed: “Colonization comes through with a sense of power to overtake another community. There is the idea that you have to overpower rather than coexist. In order to take over people you have to minimize who they are, and you do that by criminalizing and dehumanizing them. To justify expansion, you put down the people whose land you took over.”

For half a millennium, such has been the burden of the Hispanic people, defined as people of Cuban, Mexican, Puerto Rican, South or Central American, or other Spanish culture or origin, regardless of race.

Through the centuries, Hispanic peoples were regarded as inferior and fit for subjugation and servitude and not much else by those who took their lands, subjugated their men and coupled with their women.

“There is the idea that you have to overpower rather than coexist. In order to take over people you have to minimize who they are.”

Thomas Jefferson, writing to a friend in 1786, planted the seeds of Manifest Destiny—the idea that the United States was divinely charged to expand its borders from the Atlantic to Pacific and throughout North America—by hinting that the U.S. could and should take over the Spanish colonies in the New World, “piece by piece.” Jefferson noted, “Our confederacy must be viewed as the nest from which all America, North & South is to be peopled.”

Some years later, fellow Founding Father John Adams, was more forthcoming in his opinions than his friend, Jefferson, calling our neighbors to the south “ignorant” and “superstitious.” The early and mid 19th century saw the U.S. expand its borders through war and seizure to encompass 55 percent of the territory of Mexico, including its Hispanic inhabitants—too numerous to exterminate, but handy enough to work the lands they had known for centuries. The present-day states of Texas, Arizona, New Mexico, Colorado, Utah, Nevada and California were all once Mexico. It has been said to those who object to immigrants crossing our southern border that they didn’t cross the border—the border crossed them, long ago.

In the 20th century, President William Howard Taft echoed the conquistadors with his boast that “the whole hemisphere will be ours in fact as, by virtue of our superiority of race, it already is ours morally.” Taft protected American business interests in Central and South America and coddled dictators friendly to the U.S. such as Porfirio Díaz in Mexico, while turning an uncaring eye on the lynching of thousands of Mexican-Americans in his own backyard, with some simply burned alive.

And so it went for decades. Richard Nixon said, “Latin America doesn’t matter. People don’t give a s--- about the place.” His Secretary of State, Henry Kissinger, concurred that “it has no importance.” A decade later, Ronald Reagan, concluding his first visit to Central America, marveled, “You’d be surprised. They’re all individual countries.”

But ignorance coupled with arrogance makes for an unsavory brew, an epicurean delight for bigots. With the advent of the internet, far too many used that instrument of worldwide communication as a megaphone for hate. In 2006, white supremacist Hal Turner told his nationwide audience, “These filthy, disease-ridden, two-legged bags of human debris are too stupid to believe. Just think, America, if we bring enough of them here, they can do for America exactly what they did for Mexico! Turn our whole country into a crime-ridden, drug-infested slum… These people are subhuman… I advocate machine-gunning these invaders to death at their rallies!”

With the advent of the internet, far too many used that instrument of worldwide communication as a megaphone for hate.

All of us have heard the epithets “rapists,” “thugs,” “invaders,” “drug dealers” and worse, used by people who wave their blood-spattered banner of ignorance, blind to the fact that the human beings they revile possess a genetic imprint in this hemisphere which precedes their own in most cases, giving them as much right—and more—to be citizens and inhabitants of this land of the free.

Yet despite the abuse and hate heaped over the centuries, the Hispanic population continues to grow in the U.S.—its population rate second only to the growth of Asian Americans—as does its political and cultural influence.

That impact on our society is marked each year when Americans observe National Hispanic Heritage Month.

The month begins September 15, as that date marks the independence of Costa Rica, El Salvador, Guatemala, Honduras and Nicaragua. Then on the following days, the 16th and 17th, Mexico and Chile celebrate their independence. A little over three weeks later is the 529th anniversary of the arrival of Columbus, marked by the Hispanic community not as Columbus Day but as Dia de la Raza (“Race Day”) celebrating the diversity and richness of the Mexican people.

Hispanic people have been there for America, even when America wasn’t there for them. From Puerto Rican baseball immortal Roberto Clemente, who spent every moment when he wasn’t playing to help those in need south of the border, ultimately giving his life flying food and medical supplies to earthquake victims in Nicaragua; to Mexican actor-artist-activist Anthony Quinn, the first of his country to win an Academy Award, who risked his career to take up the cause for 21 Mexican-American boys wrongly accused of murder, using his name recognition to advocate for them until they were finally set free; to human rights activist and co-founder of United Farm Workers, Dolores Huerta, at age 91 still tirelessly persevering and organizing and taking up the cause of those whose lives have been needlessly cast in the shadows due to prejudice and misunderstanding.

These three and a million million others have made a positive impact on our society so complete and so deep that America simply wouldn’t be America without them. Reviled by some, ignored by others, excluded by many, the Hispanics of America have refused to yield and have remained unbowed and proud.

“Racism, hatred and bigotry have long been a dark cornerstone of the history of the United States, but it is NOT our future,” said Dania Matos, vice chancellor for the Division of Equity & Inclusion at UC Berkeley. “No mas. Enough is enough.”

This month we are reminded of the importance of Hispanics, how far they and we have progressed from the dark days of Columbus and the conquistadors. We are reminded that enough is indeed enough and that the time is now to learn from their cultures, their experience and their history, for by learning about them, we can’t help but learn more about ourselves—and, in learning, we become just that much better and more useful to the human family.

KEYWORDS
DIVERSITY PREJUDICE HISPANIC HERITAGE MONTH
AUTHOR
John Evans
John Evans has written for theater and the big screen. His essays, fiction and poetry have appeared in several publications on the East and West Coasts.
THE STAND BLOG
HATE WATCH
Why Political Operative Ace Smith Is the True Loser in the L.A. Mayoral Race
HATE WATCH
Why the People of Los Angeles Are Disgusted by Ace Smith
HATE WATCH
Rick Caruso Campaign Manager Ace Smith Blocks Scientologists Speaking Out Against His Bigotry
FEATURED ARTICLES
RELIGIOUS FREEDOM
Why God Is Love and We Should Love All People of All Faiths
By John Evans
TOLERANCE
Faith Communities Come Together to Pay Tribute to Queen Elizabeth II
By John Evans 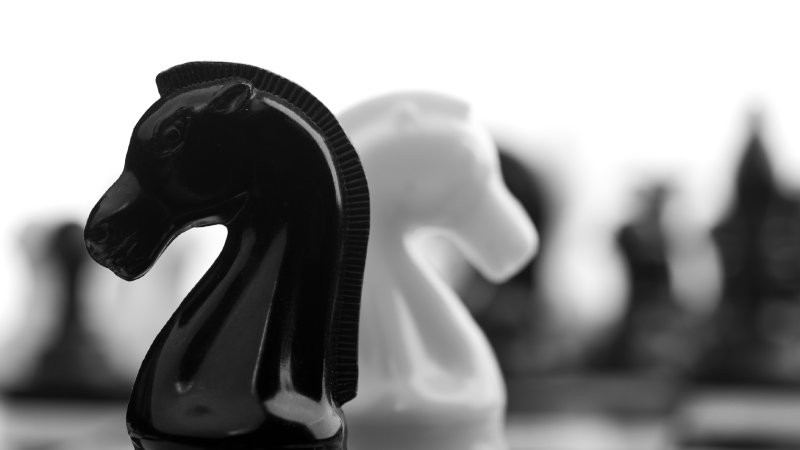