“Cults”: Peeling Back the Label

Labels can be useful, but labeling persons or groups of people can cripple your ability to think.

My mother used to teach emotionally disturbed children in the special education department of an elementary school in Albuquerque. She once told me it was a great mistake to label the child, because the labels were cages. Once you reduce all the life, dreams and personality of a child to a label, you make them an object to “treat.” Such labels are inherently flawed.

More commonly you may hear someone say, “he’s a jerk!” or “she’s a ditz.” The label short-circuits your thoughts about them. Anything they do or say can be reduced to the “jerk” or “ditz” category. If he fails to hold a door or she fumbles making change, it makes sense, because you already know what they are! No further consideration is required. That’s lazy thinking. He might have been distracted, and she might be working a 12-hour shift after staying up all night taking care of a sick child.

One field that has a plethora of labels is psychiatry. If someone sorts his clothes closet by color and his spices alphabetically and gets annoyed at someone messing up his organized belongings, to a psychiatrist he becomes “a paranoid-schizophrenic-bipolar-OCD.” Then the people disconcerted by that person’s so-called “odd” behavior can all relax because there is a “label.” They have a thing to call it, a box (or cage) to put the person in. Never mind that the box never leads to anything but a psychotropic straitjacket or electroshock. I have seen friends receive such a label and they take it and put themselves in the cage. I have seen the broken look in their eyes.

Religious labels are abused as well. They are loaded down with a tote bag of connotations. The Nazis educated an entire country through cartoons and newspaper articles into the belief that a Jew was a greedy, money-hungry, perfidious, morally subversive, manipulative person, rather than a member of an ancient religion. Search online for the Nazi-era cartoons in Der Stürmer to see this. (Note: there are anti-Semites today trying to do the same thing.) As a result, a German citizen of that era could simply say “Jew” and socially cage, spit on, and justify imprisoning and killing a whole class of human beings. Such a label invites one to stop thinking about the person as anything but a type of object with a label. Consideration? Thought? R.I.P.

If someone wants to feel superior, it’s an easy formula. He just says, “she’s a member of a cult.”

In my lifetime, the label “cult” has come into vogue as a word one can use to describe a religion one doesn’t like. Its connotations are a bit scary. Someone says, “she is a member of a cult!” and it sparks a whole range of ideas. She could be a blood-soaked, goat-sacrificing, Satan worshiper. Or maybe she joins hands with other members of her church and prays earnestly, after a vegan dinner, hoping to someday end the death of animals for human consumption. But either way, by labeling her a member of a “cult” you now “know” all about her. You have her caged in your mind and you can skip listening to any of her ideas or showing her respect.

It’s kind of arrogant, when you think about it. If someone wants to feel superior, it’s an easy formula. He just says, “she’s a member of a cult,” and no matter what his beliefs are, at least he has not so lost his sophistication as to be a member of—ewww!—a cult!

A&E, for example, tried to label and disparage Jehovah’s Witnesses in its show Extreme Cults. So not just a “cult” but an “extreme” cult? I have met and talked to more than a few of these “extreme” members of Jehovah’s Witnesses. The only thing I saw that was “extreme” about them was their willingness to knock on doors and face whatever rejection may come in their efforts to enlighten others on their religious beliefs. But the producers sure had something to feel superior about (and sell).

Jehovah’s Witnesses believe salvation is obtained by a combination of faith, good works and religious obedience. They believe they should act as witnesses to others. This is not exactly midnight animal sacrifices, and does not seem terribly “extreme” to me.

I am a forensic specialist and expert witness by profession. In investigating scenes of accidents, evidence and events, I am required to have both a factual and logical basis for any conclusions, and that means properly labeling what things objectively are, without spin or prejudice. In that world, bias is a sin.

Religions tend to be founded on faith and beliefs, which often, by definition, can’t be “proven.” They are therefore open to being labeled as “false.”

Labels for things should be accurate and complete, such as size-12, leather, cordovan, penny loafers, with minor wear, and a receipt date of January 12th of this year. (We don’t add “out-of-style” or “ugly” or “dated.”) The objectivity of such a label is useful; it can be compared and contrasted with other data or labels to come to an objective conclusion. If he was wearing brown, not cordovan, loafers on the 10th of January (prior to the purchase date), then the shoe prints at the murder scene aren’t from those shoes. It is not clogged with opinions, attitudes, emotions or matters of taste or style. Justice based on objective truth is the idea. Identifying them as ugly would not bring about greater justice or greater truth.

Okay, so let’s be objective; let’s be forensic. “Cult” has six different definitions. The relevant one is: “A religion or religious sect generally considered to be extremist or false, with its followers often living in an unconventional manner under the guidance of an authoritarian, charismatic leader.”

Wait! I said, “objective.” Every term in this definition is entirely subjective and prone to abuse.

“Sect” just means a religion, but usually indicates one you don’t subscribe to and has negative connotations.

“Extremist” might be used to describe the Amish—no electricity! How extreme can you get?! Zen Buddhists, meditating for how many hours? Mormons storing six months of food supplies “just in case”? But whose right is it to call these religions “extreme”? Their members are happily living their lives the way they’ve chosen, gaining what enlightenment there is to be found in that faith, with some also wanting to share the enlightenment and happiness they’ve gained with others.

When any label about someone else is offered, peel it back. Find out what’s actually underneath.

“False” has been used against every religion since the dawn of time by every supercilious, materialistic critic. Religions tend to be founded on faith and beliefs, which often, by definition, can’t be “proven.” They are therefore open to being labeled as “false.”

“Authoritarian” or “charismatic” could certainly be used to describe any religious leader, or any successful leader of people in any sphere.

Thus, using the word “cult” in this sense has only negative and subjective connotations. Why use it except to denigrate another? It factually illuminates nothing. Forensically, it is useless.

Instead, labels kill thought and cage others. Bias then becomes unavoidable. Lazy labeling is thus doomed to flaws and errors.

When any label about someone else is offered, peel it back. Find out what’s actually underneath. Free them from the cage in your mind and talk to them honestly. Keep your own counsel. Find your own truths. You don’t need to agree. You don’t have to join them. But having another friend is never bad, even if he is (or especially because he is) from another religion.

Free yourself from your own bias. See the person in front of you.

I bet you’ll be pleasantly surprised. 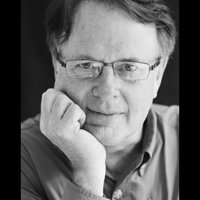