‘Agree to Disagree’—A Cliché or a Path to Tolerance?

When I was a child and frustrated my mom, she would express her impatience with a slight increase in her genteel Southern accent and a forced restraint as if she were counting from 1 to 10 in her head as she spoke. And then she would blurt out: “Don’t do as I do. Do as I say.”

Even as a kid who wanted to have a little go at misbehavior and rebellion, my mom’s charming statement (that was no doubt taken directly from her own mother’s reprimands) would catch me unawares. It made sense for some reason.

There was a social code in our house. As a single parent, Mom made sure we knew that there were rules. Things were expected of us. As I grew older I actually didn’t have to be told to help out around the house. With two other siblings we all jumped in and did various tasks willingly.

Watching the news with all the drama, infighting, name-calling and even violence going on between political and religious factions, it is interesting to conceive of humankind as a rather large, incredibly diverse family. To ensure order, what is needed are rules and a code of conduct like the ones we had in my house.

My brother mowed the lawn, shoveled the snow and helped with the car. I did the vacuuming and cleaned the bathroom. My sister baked up a storm and made delicious homemade breads for us. We all did our own laundry and helped in the garden. We were not rich. But we were a team, a family, a group of individuals whose survival depended on the whole.

There was sometimes fighting, tension, boredom and a little drama here and there. But looking back, I realized how coordinated we were and how much love we had for each other. That love got us through many tough times, and holds us siblings close today even after the passing of our mother.

Watching the news with all the drama, infighting, name-calling and even violence going on between political and religious factions, it is interesting to conceive of humankind as a rather large, incredibly diverse family. To ensure order, needed are rules and a code of conduct like the ones we had in my house.

The society has a rather elegant set of these on daily display. For the most part, we go about our lives unharmed. While the media likes to taunt us with threats of war and terrorism, in the United States we have relative calm. Our country was birthed in a revolution fraught with conflict and dissension. And yet 240-plus years later, that foundation of a republic that respects the rights of its citizens has allowed for a fairly decent predictability of survival.

Of course there are many who will scream in horror that the world is crumbling and we are close to extinction at the hands of the weather gods or economics or politics or sadists or rabid dogs or even tainted potato salad.

The truth is, most of us walk out the door having a good expectation of returning home safe in the evening. When you look at things from that viewpoint, you realize that living in peace with your fellow man affords everyone a pretty good lifestyle.

Today I was talking to a total stranger about how divisive the public conversation has become. She is going to be a new mother in a few months and lamented that people need to learn how to “agree to disagree.” It was the third time within 24 hours that I had heard that “trite” phrase. Simple as it sounds, there is great wisdom in it.

When my mother and I were at one point unable to agree on something very important to me, and I wasn’t going to give in to her viewpoint, we agreed to disagree. I told her how much I loved her, and how much I respected her. I knew she wanted to change my mind, but she saw that she couldn’t, and maybe knew that she shouldn’t, as I was an adult with a career, a husband and a family of my own.

“If you don’t have enough energy to both love and respect your child, then respect him first. The love will follow.”

So we agreed to disagree. We continued to love each other deeply, and we didn’t let our difference of opinion on that single subject ruin the special relationship we had.

Perhaps opposing factions could learn from this. Instead of war or terrorism or destruction, if we could agree to disagree, and then find a way to communicate through the disagreement to a solution, or simply coexist with tolerance, we would be better for it.

When I was raising my child, I attended a seminar on parenting. The moderator, who himself had stellar adult children, was answering a question from a parent who told the group she lost her patience with her children because she worked long hours and was often exhausted. The moderator responded: “If you don’t have enough energy to both love and respect your child, then respect him first. The love will follow.”

I do believe if we start with respecting our fellow man, our fellow religions, our fellow political groups, tolerance—and maybe even “love”—will follow. If we can agree to disagree we buy peace for ourselves and mankind. 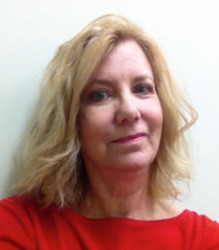