A&E: When You Pay for Hate Speech, That’s Exactly What You Get

“Be wary of sources offering information for favors or money; do not pay for access to news.”

It’s obvious why journalists are wary of those who offer to trade information for profit: such people are all too likely to say what they think the person paying them wants to hear, regardless of the truth. Put in cruder terms than in the SPJ’s Code: “You get what you pay for.”

In the case of A&E, which has hosted The Aftermath show—Leah Remini’s continued stream of venom against the Scientology religion—what they paid for and got has been nothing more or less than monetized hate.

Remini has made it clear, very clear, how she operates, stating to a TV interviewer, “I don’t work for free.” Yet, in addition to being the show’s executive producer and host, Remini, a very bitter ex-Scientologist, is regarded as “a source” for the program.

Each episode of the show has a standard format: a former Scientologist with an axe to grind is led by Remini through a bitter tale of sadness and woe.

Just from that description, you’d have to ask yourself how such a show could be anything but a mendacious vilification-fest. Now add to the mix that many of the people portraying themselves as “victims” are also being paid, and the show has passed the point of anything that would even pretend to meet the lowest standards of journalism.

Remini and A&E’s “hate-for-hire” tactics undercut the purpose and mission of a free press in a democratic society.

In one of a number of documented examples, the friend of an elderly couple observed them being filmed by Remini and her crew. The friend was astounded that Remini pushed them to make their story more dramatic and to sound as bad as possible, with Remini prompting the wife at one point, “it would be good if you cried here.” The friend asked the woman if she was holding up under the pressure, and was assured that it was alright because the couple was being paid for their time. So, when the interview aired, the tears were on display.

Aftermath is not the first time that A&E has been caught paying its sources, having been forced to cancel a 2016 series on the Ku Klux Klan for the same misconduct.

But if Remini’s show were just another example of a TV network warping journalistic standards to boost its ratings and profits, we could shrug our shoulders and move on. Unfortunately, Aftermath has created the kind of toxic intolerance that leads to violence. The Church has documented over 600 instances of threats or actual violence coming from individuals influenced by the show.

Every Scientologist I personally know would, if given a chance to talk about their religion on national TV, say something to the effect that it has dramatically changed their lives for the better and that the Church is a group that they are proud of and grateful they belong to. Although I only know a tiny fraction of all the Scientologists in the world, those I know personally vastly outnumber Remini’s guests. Sure, media like to maintain an air of “skepticism.” But there is a point where skepticism ends and intolerance begins. Remini and A&E passed that point long ago. According to their version of Scientology, my friends and I simply do not exist. And A&E is exposing its viewers to that lie, while calling it a “version” of the truth.

Remini and A&E’s “hate-for-hire” tactics undercut the purpose and mission of a free press in a democratic society. That purpose is to provide people with the information they need to make intelligent decisions. We live in an era when anyone who doesn’t like what they read or hear in the media immediately lets loose the cry of “fake news.” Sometimes they’re right: it was fake. Or sometimes they are trying to take attention off facts they would prefer remain unknown. It’s not always easy to tell which is which, and when a network brazenly flouts journalistic standards, it makes it that much harder for the average citizen to figure out what’s what. And when people are given nothing other than a false negative picture, it can all too easily lead them on the road to intolerance, while causing the more unstable ones to resort to violent behavior.

So here is my message to A&E: isn’t it time you came of age and put the final stake through anti-religious programming? Wouldn’t it be wise to show that you’ve moved beyond the practice of monetizing hate and are ready to produce something worthwhile?

What about something that helps society, rather than denies us the truthful information that would enable us to respect each other, despite our differences?

Jeffrey Murphy
Paralegal, researcher & amateur historian.
THE STAND BLOG
RELIGIOUS FREEDOM
Honoring Those Who Faced Death to Secure Our Religious Freedom, This UN Day Against Torture
COMBATING BIGOTRY & HATE
Shoulder to Shoulder Panel Shows Us Why People of All Faiths Must Confront Islamophobia
SCIENTOLOGY RELIGION
Scientology Made Me a Better Dad—But You Wouldn’t Know It If You Believed the Bigots
FEATURED ARTICLES
RELIGIOUS FREEDOM
The Founders’ Creator—Islam, the First Amendment and Religious Freedom
By Imam Talib M. Shareef
RELIGIOUS FREEDOM
Why My Religious Rights Are Being Threatened in Los Angeles County Superior Court
By Bishop L. J. Guillory
RELIGIOUS FREEDOM
Why All People of Faith Must Cherish and Protect the First Amendment
By Soraya Deen
RELATED ARTICLES
| HATE WATCH
Five Things to Know About Leah Remini

| ANTI-RELIGIOUS PROPAGANDA
Leah Remini: Without Scientology “I Would Probably Be an Animal” 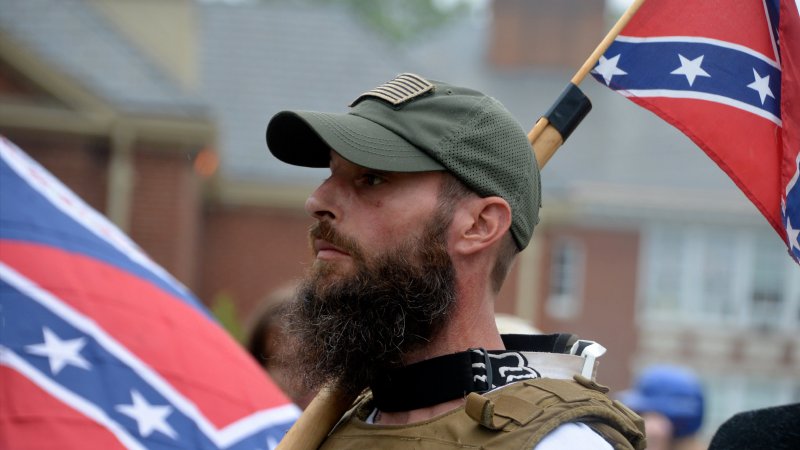