I was raised mildly Jewish. I wasn’t ever bat mitzvahed and, by the time I was 18, I’d actually never been to a synagogue in my life outside of attending a funeral.

But we didn’t celebrate Christmas, I can tell you that much. Never had a tree, a bush, a twig, nothing. No Christmas lights. Nothing red and green.

I didn’t feel deprived—I was Jewish. I didn’t even know there were Jewish people who did anything about Christmas until college friends began saying, incredulously: “I get that you’re Jewish, but I don’t understand. You don’t celebrate Christmas? Not even a tree?” They said their Jewish friends did Hanukkah, sure, but they still had a tree, at least.

For me, the whole thing was just a big commercial fuss. Starbucks whipped out its red cups. The same music as this time, 12 months ago, was playing when you walked into CVS. Things went on sale. Kids sat on the laps of male strangers in stained suits and placed orders with them. Parents sweated to get this year’s version of Tickle Me Elmo before another parent got their hands on the last one first. And Jews like me visited their grandmothers in Florida and went out for Chinese food—the only thing open besides the Waffle House—on Christmas.

It’s a time to have heart. I know, it’s funny we need an excuse for that.

But what changed is I became a Scientologist, funny enough. I started working for the Church. I started playing Secret Santa there, and I got into it. Especially after my friend spoofed me good by buying me all the worst gifts he could find—ugly hair bows and tacky pens—and relishing in my moaning (which he arranged to receive secondhand from my officemates) until the finale evening, when he delivered exactly what I wanted, complete with an impish, smirking poem, revealing his identity. I started looking forward every year to that game. And to the elegant white lights that went up everywhere. And to people and their Christmas eyes. And to how happy everyone got. And how far off their diets they went. And how people you didn’t know were suddenly wishing you well. And how the whole thing was just nice.

And that’s the thing. Beyond its religious significance, which is profound for many, Christmas is an “excuse” one religion gave everyone in the world—or at least in many parts of it—to be nice to one another. For weeks until it happens. To feel good about holding the door open for a lady with a heavy bag, about high-fiving a cute little kid in an ugly holiday sweater, about smiling at the stern guard and being generous with your time, your money, your consideration, your heart.

And it’s a time to have heart. I know, it’s funny we need an excuse for that. And maybe, if those of us succeed—who are working in our own ways to make people happier, and the world saner, and life better, and streets cleaner, and broken homes fewer, and poor children’s stomachs fuller, and drugs rarer, and an earnest, honest-to-god sense of goodwill toward one’s fellow man a more common sentiment—we won’t need one. We won’t need a season, a holiday, red cups, sales or any other excuse.

And I suggest you take it—and run with it—too. 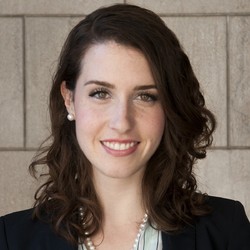 Bari Berger, National STAND Director, United States
Born in New York City, Bari is a graduate of Brown University, where she studied journalism and American literature and history. She is a second generation Scientologist.
THE STAND BLOG
EQUALITY & HUMAN RIGHTS
Celebrating a Death Knell for Discrimination—The Anniversary of Brown v. Board of Education
MEDIA & ETHICS
Journalism and Free Speech: With Great Power Comes Great Responsibility
INCLUSION & RESPECT
Celebrating All Moms, and Mine, This Mother’s Day
FEATURED ARTICLES
RELIGIOUS FREEDOM
The Founders’ Creator—Islam, the First Amendment and Religious Freedom
By Imam Talib M. Shareef
RELIGIOUS FREEDOM
Why My Religious Rights Are Being Threatened in Los Angeles County Superior Court
By Bishop L. J. Guillory
RELIGIOUS FREEDOM
Why All People of Faith Must Cherish and Protect the First Amendment
By Soraya Deen
RELATED ARTICLES
BLOG | RELIGIOUS LITERACY
A Christmas Poem
BLOG | TOLERANCE
The Meaning of Christmas
BLOG | TOLERANCE
Not in Our Stars—A Holiday Entreaty