A&E and the Clickbaiting of Information

I was a reporter and news editor during the transition of magazines from hard-copy to electronic and was acutely aware of how that transition affected not only the delivery of information, but the information itself. In the era of Huntley-Brinkley news, there were few news sources, access was free via rabbit ear antennae, and ads paid for everything. Telephone surveys aimed to see what people liked and didn’t like, to keep content aligned with viewer interest. From what I recall, it seemed that news was pretty factual, with little editorializing. The reason was plain to see: with only three major networks, they couldn’t afford to antagonize various groups—they had to inform everyone.

As electronic publication took over, advertisers discovered that exact metrics were available as to how many readers clicked on a story or a video, how long they stayed there, whether they went to a related story on the same site or jumped elsewhere and—most importantly to them—how many readers clicked through on their ads. Ads began selling based on clickthrough metrics and content began to pander to “information grasshoppers.”

Readers began jumping from sensational headline to sensational headline calculated to attract a response and rank high on Google search. Search engine optimization became key to attracting readers. Readers only browsed the first few sentences of any page, a marketing guru told me, and then clicked off if they weren’t grabbed. Marketers regularly did studies of readers and viewers tracking where their eyes traveled. Eyetracking research often showed an “F-shaped” pattern. Heat maps show visitor behavior, tag clouds show key words used in stories to align with search engine optimization, and so on and so on.

“Information” has devolved to the lowest common denominator.

Today there are dictionaries of techniques designed to build website traffic, increase search engine rankings, attract new viewers or readers and keep them coming back. Cable and satellite likewise can now put those same analytics on video, movies and live shows.

While this transition is not all bad—writers and editors can see instantly which stories are of interest and watch readers drop like flies from slack writing—it has changed the task of conveying information from an educational process to a game of stimulus response reactivity. So headlines sow mystery and fear (16 Foods You Didn’t Know Could Kill You), promote sex (Celebrity Shows Some Skin), highlight conflict (Power Struggle Bursts into Open), big money (Pharma CEOs Rake in $1.57 Billion in Pay) and so on.

So “information” has devolved to the lowest common denominator in many venues, as exemplified by abominations like The Maury Show where single mothers and their boyfriends fight and argue until DNA evidence shows who actually fathered the children. As clickbait rules, the level of discourse has dropped to gossip, titillation, innuendo and hate speech, accelerated by social media trolls, rumors and hysteria.

As pacesetters in this race to the bottom, the bigots and nitwits of Disney’s A&E Network began attacking religions like Jehovah’s Witnesses and Scientology in a contemptible effort to inflame hatred and boost ratings.

I’ve been a Scientologist since 1975 and I was one of many Scientologists who helped out in the recent Northern California fires—unloading trucks, working in the Bethel and Salvation Army distribution centers, helping homeowners sift through the ashes of their homes for anything left. We joined various religious and community groups to help burned out families get through a tough time. You won’t see much of this kind of positive news on A&E or the clickbait media, but we’ve bypassed them and now have our own TV channel. It’s time we looked at what went right and put A&E’s cheap shots and gossip back in the garbage where they belong.

Wayne Hanson
I'm a writer and Dianetics counselor who lives in Sacramento, Calif. I have a wonderful life, a creative career, a loving family, and I would not trade places with anyone. I do have a dog who poops on the rug. www.wayneedwardhanson.com
THE STAND BLOG
INCLUSION & RESPECT
The Man Behind the Interfaith Solidarity March: An Optimist and Friend to All Faiths
EQUALITY & HUMAN RIGHTS
Celebrating a Death Knell for Discrimination—The Anniversary of Brown v. Board of Education
MEDIA & ETHICS
Journalism and Free Speech: With Great Power Comes Great Responsibility
FEATURED ARTICLES
RELIGIOUS FREEDOM
The Founders’ Creator—Islam, the First Amendment and Religious Freedom
By Imam Talib M. Shareef
RELIGIOUS FREEDOM
Why My Religious Rights Are Being Threatened in Los Angeles County Superior Court
By Bishop L. J. Guillory
RELIGIOUS FREEDOM
Why All People of Faith Must Cherish and Protect the First Amendment
By Soraya Deen
RELATED ARTICLES
BLOG | RELIGIOUS FREEDOM
Canadian Supreme Court Finds For the Jehovah’s Witnesses
BLOG | TOLERANCE
Why People Are So Passionate About Religion Online 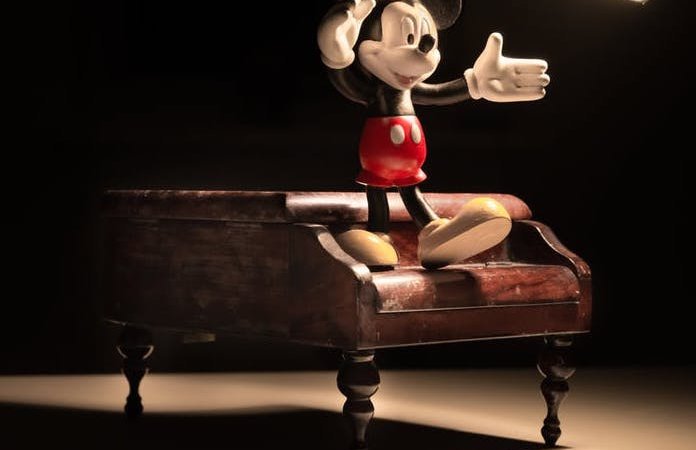