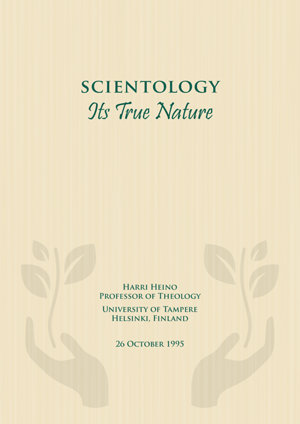 By Harri Heino, Professor of Theology, University of Tampere, Finland

In this article from 1995, Professor Harri Heino considers, in his capacity as a Finnish scholar of religion, whether the Church of Scientology qualifies as a religious denomination. Its true and inherent nature, he unequivocally concludes, is decidedly religious, based on his study of the subject matter as an academic researcher and his observations of Scientology theology, practices and Churches. As he writes, “From all of the above it must be concluded that Scientology in its present form is a religion, offering crucial religious services, a distinctive belief and a tightly organized religious denomination.” Today, over eleven thousand Churches, missions, and affiliated groups exist worldwide, and new Churches are opened on a regular basis in demonstration of the expansion of the Church of Scientology.