Scientology: A Religion in South Africa 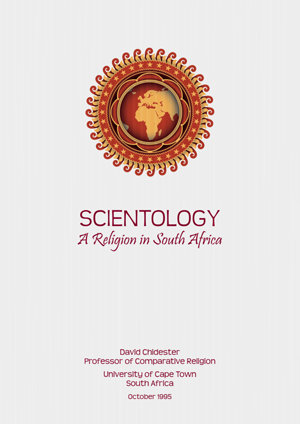 In this article from 1995, Professor David Chidester provides a scholarly examination of the Church of Scientology—its beliefs, rituals, ethics, experiences, organization and history—in the South African context. There are numerous Churches in South Africa, not to mention across the African continent at large. Even more, the Founder of Dianetics and Scientology, L. Ron Hubbard, had a particular fondness for South Africa and its peoples, traveling to Johannesburg for an extended stay in 1960. During his time there, he drafted a “one man, one vote” constitution for a country that was still under the shackles of apartheid. His former home is now restored as an L. Ron Hubbard Landmark Site and open for tours. Dr. Chidester’s article examines aspects of this history but is mostly concerned with examining and analyzing features of the religious nature and history of Scientology, especially in the barely post-apartheid context in which his piece was originally written. “In a new South Africa,” he concludes, “the Church of Scientology has assumed its position within the country’s rich fabric of religious diversity.… As a religion that is both old and new, the Church of Scientology has continued to advance religious aspirations that have gained adherents all over the world. At the very least, the Church of Scientology merits continued recognition and attention as a religion in South Africa.”