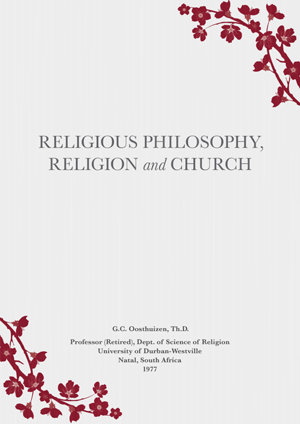 In this article from 1977, Professor G. C. Oosthuizen of South Africa offers an analysis of Scientology in comparison with other religious traditions, including Buddhism, Hinduism, Confucianism, Judaism and Christianity. He brings to bear his perspective as a member of the Dutch Reform Church, remarking that the term “church” is a much wider term in the context of religion than “Christian church.” Dr. Oosthuizen’s point is clear: Scientology is indeed a religion, though its status as a new religion means that it expresses its theology and practices in ways that are sometimes different than other traditions. It is an applied religious philosophy and workable technology of the mind and spirit created by Founder L. Ron Hubbard. As Dr. Oosthuizen clarifies, “It is incorrect to say that Scientology is not a religion but merely a philosophy. It has all the attributes of a religion, i.e., the objective analysis of the phenomenon ‘religion.’”

What is the International Association of Scientologists?

How are Churches of Scientology supported financially?

How much might a Scientologist donate before achieving the state of Clear?

Is the Church profit-making?