Brief Analyses of The Religious Nature of Scientology 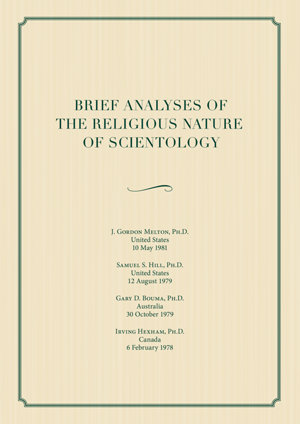 Emerging in the early 1950s, the Scientology religion since its inception has drawn much interest over the years from religious scholars around the world.

This study contains four brief analyses from the hundreds of existing studies published on Scientology. They were written in the years 1978 to 1981. Their authors represent unique perspectives and geographical and philosophical diversity.