Juneteenth: Why the Struggle Is Always for Freedom

“Everyone has rights to total freedom.”

This June 19, or Juneteenth, as it is more commonly known, we commemorate the final freeing of the remaining enslaved people of the United States when Union Army Major General Gordon Granger announced the fact from a balcony in Galveston, Texas. It was more than two months after Robert E. Lee’s surrender at Appomattox and more than two years after Lincoln’s Emancipation Proclamation. Texas had never fallen in battle to the Union so its quarter of a million slaves had to wait their turn for freedom.

That freedom came on June 19.

You never see films about people fighting for the right to be slaves, to be owned and treated as property instead of human beings. You never hear stirring music inspired by the goodness and purity of human bondage. Likewise, the degradation of the soul is praised only in the propaganda of those who believe their own freedom can never exist unless others are crushed down.

The men and women we revere above all—the likes of Moses, Tubman, Lincoln, King, Gandhi, Mandela—all were involved in the freeing of others. The villains of history—the Hitlers, the Stalins, the Pol Pots—may have screamed “FREEDOM!” as a rallying cry, but their call was to death, not life—a call, in truth, to slavery.

Freedom is not only the best and most precious thing we have, it may very well be the only thing we have. As thinking, sentient beings possessed of moral sense and awareness, every one of us has a concept—deeply personal and possibly unexamined—of just what a greater freedom would mean to us.

If you want greater freedom for yourself, you must first confront and seek redemption for the freedom you may have denied others.

It has been said that a nation is like a person. Every nation, like every person, wants greater freedom. And, like a person, a nation has wants, needs, desires, fears and regrettable things in its past that—though hard to confront—must nevertheless be acknowledged and accounted for if it is to move forward as a nation. Again, just like us.

That seems to just be the way it is: if you want greater freedom for yourself, you must first confront and seek redemption for the freedom you may have denied others. For a person, it could be the rude word, the unjust punishment, the pilfered petty cash, the betrayed friend—all of which cheated another or others out of some measure of their freedom. For a nation, the vision broadens: the violation of human rights, the enslavement of others, the discrimination against minorities. These are all major transgressions against freedom that make their perpetrators unworthy of freedom themselves.

Sometimes individuals and nations must be pushed to allow freedom for others in the here and now—a right that never needs “granting,” for it was always there.

Sometimes individuals and nations must be coaxed to confront the ways they have refused freedom to others in their past.

And sometimes individuals and nations must be reminded how precious their freedom is, by recalling a time not so long ago when freedom did not exist for many.

Juneteenth is such a reminder.

KEYWORDS
FREEDOM HITLER HUMAN RIGHTS JUNETEENTH MOSES SLAVERY STALIN GANDHI
AUTHOR
Martin Landon
Martin Landon is happy to say that at present he is not doing anything he doesn’t love. Using Scientology, he helps people daily, both one-on-one through life coaching, and globally, through his webinars. He has also authored books, movies, plays, TV shows, and comic strips and currently writes for STAND, which gives him great joy.
THE STAND BLOG
HATE WATCH
Game Show Network: Bigotry Is No Game
HATE WATCH
Why Political Operative Ace Smith Is the True Loser in the L.A. Mayoral Race
HATE WATCH
Why the People of Los Angeles Are Disgusted by Ace Smith
FEATURED ARTICLES
RELIGIOUS FREEDOM
Why God Is Love and We Should Love All People of All Faiths
By Martin Landon
TOLERANCE
Faith Communities Come Together to Pay Tribute to Queen Elizabeth II
By Martin Landon 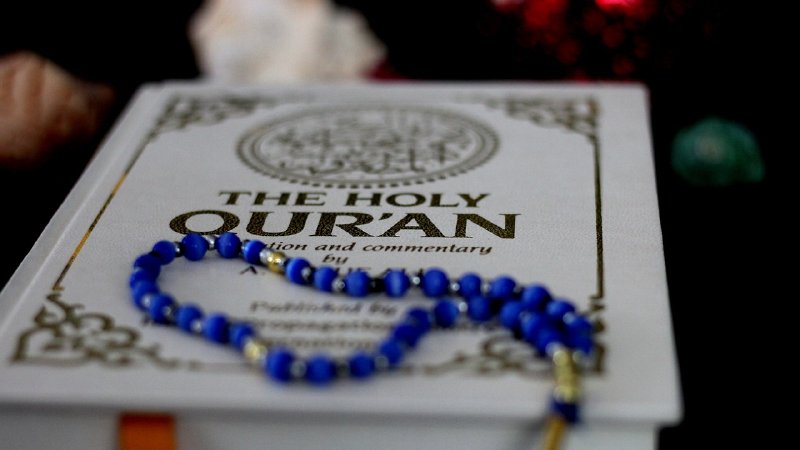 BLOG | RELIGIOUS FREEDOM
The Quran: Paving the Way in the Land of the Free